Update July 9, 2021: The Solution section has been updated to clarify the vulnerable configurations as well as a mitigation to ensure exploitation is not feasible post-patch

On July 6, Microsoft updated its advisory to announce the availability of out-of-band (OOB) patches for a critical vulnerability in its Windows Print Spooler that researchers are calling PrintNightmare. This remote code execution (RCE) vulnerability affects all versions of Microsoft Windows.

CVE-2021-34527 is an RCE vulnerability in the Windows Print Spooler Service, which is available across desktop and server versions of Windows operating systems. The service is used to manage printers and print servers. The vulnerability exists because the service does not handle privileged file operations properly.

An authenticated, remote or local attacker, could exploit this flaw in order to gain arbitrary code execution with SYSTEM privileges. 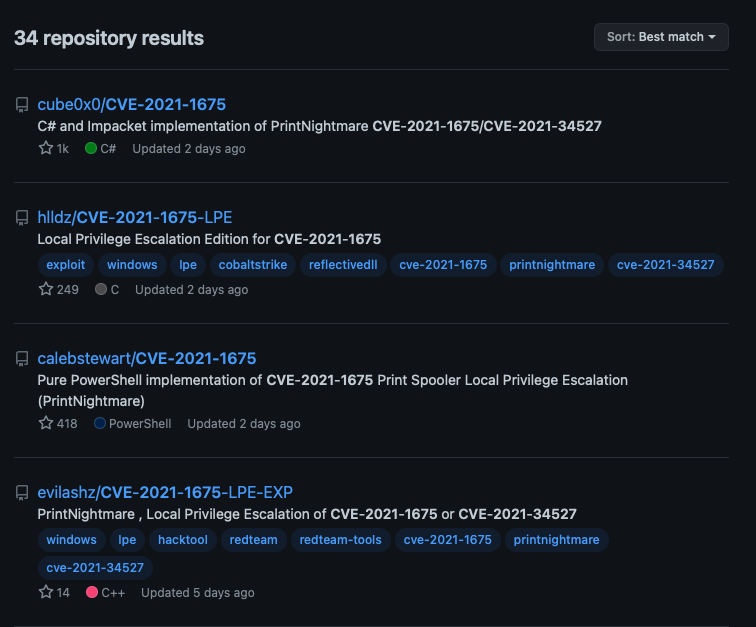 These PoCs include scripts that can achieve local privilege escalation (LPE) on a targeted system, as well as remote code execution.

Disabling spooler on just your DC's is not enough #PrintNightmare pic.twitter.com/IJJ2S2Ejxs 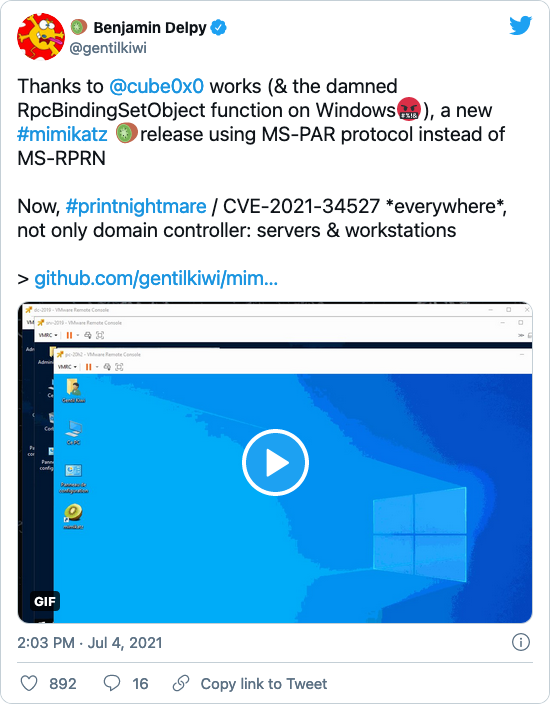 At the time this blog post was published, several researchers including Kevin Beaumont, Will Dormann and Hacker Fantastic, have pointed out that the fix for PrintNightmare is incomplete, as the LPE still works successfully post-patch, both “out of the box” as well as under certain configurations. 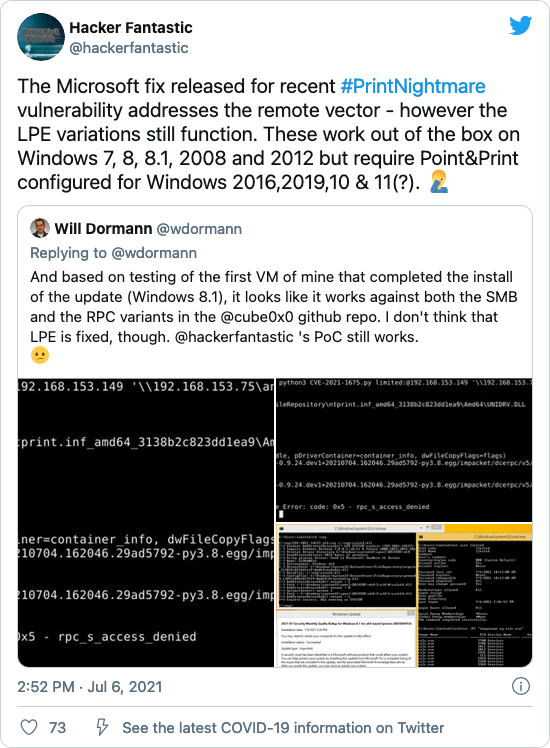 Additionally, there are reports that both RCE and LPE is still feasible post-patch, so long as the Point and Print configuration is enabled. 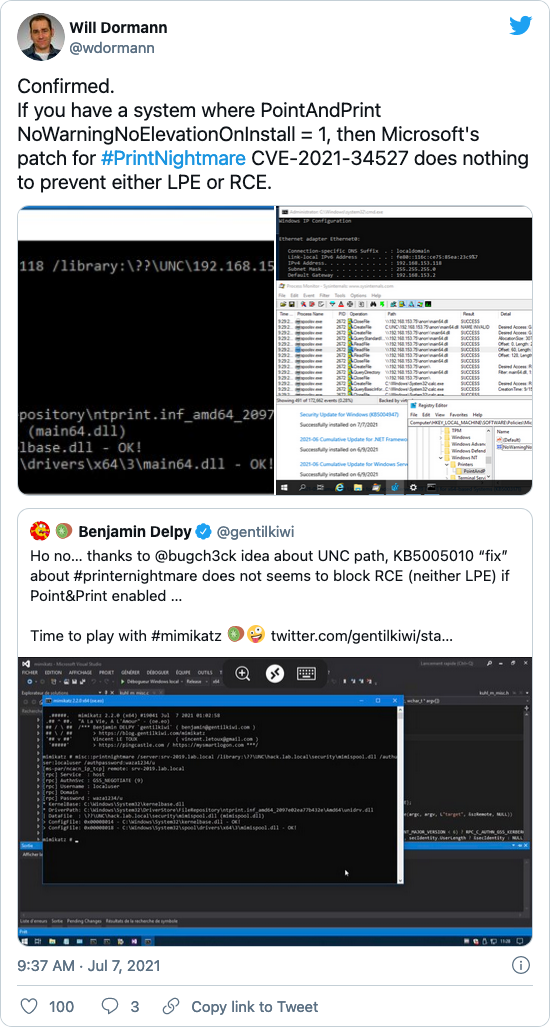 Tenable has not independently confirmed these findings.

As mentioned above, there are a number of PoC exploit scripts for PrintNightmare available on GitHub.

As of July 7, Microsoft released patches for a number of different Windows releases. The following table can be used to reference each patch and its associated knowledge base entry.

After applying the OOB patch, customers are advised to check the Windows registry for the presence of the following keys:

Additionally, customers are advised to check their Group Policy to ensure that the Point and Print Restrictions Group Policy has NOT been configured.

If either the registry settings above are present or the group policy setting has been configured, then exploitation of PrintNightmare is still possible.

To mitigate Point and Print, Microsoft recommends modifying the registry keys by setting both NoWarningNoElevationOnInstall and UpdatePromptSettings as follows:

Additionally, Microsoft Security Response Center released a blog post to announce that the cumulative patch released for CVE-2021-34527 also includes a new feature that provides users with the ability to allow non-administrative users to only install signed printer drivers which are trusted by “the installed root certificates in the system’s Trusted Root Certification Authorities”. More information on these enhanced security controls can be found in Microsoft KB5005010.

A list of Tenable plugins to identify this vulnerability will appear here as they’re released. Customers can also utilize plugin ID 151440 to identify systems which have the print spooler service (spoolsv.exe) enabled. A compliance audit file is also available here to check for the existence of the workaround suggestions from Microsoft as well as if the patch settings are in place for NoWarningNoElevationOnInstall and UpdatePromptSettings.