Critical vulnerability in the popular logging library, Log4j 2, impacts a number of services and applications, including Minecraft, Steam and Apple iCloud. Attackers have begun actively scanning for and attempting to exploit the flaw.

On December 9, researchers published proof-of-concept (PoC) exploit code for a critical vulnerability in Apache Log4j 2, a Java logging library used by a number of applications and services including but not limited to:

there's a minecraft client & server exploit open right now which abuses a vulerability in log4j versions 2.0 - 2.14.1, there are proofs of concept going around already.

Additionally, it appears that cloud services such as Steam and Apple iCloud are also affected.

This vulnerability is considered so severe that Cloudflare CEO plans to offer protections for all customers. 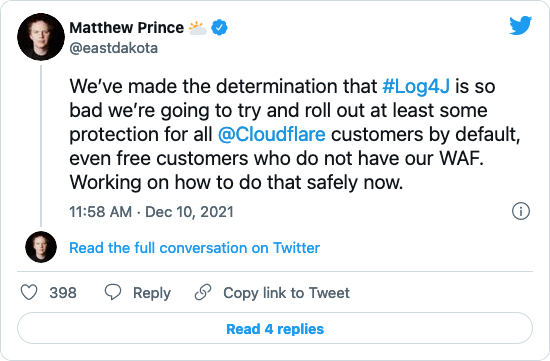 CVE-2021-44228 is a remote code execution (RCE) vulnerability in Apache Log4j 2. An unauthenticated, remote attacker could exploit this flaw by sending a specially crafted request to a server running a vulnerable version of log4j. The crafted request uses a Java Naming and Directory Interface (JNDI) injection via a variety of services including:

If the vulnerable server uses log4j to log requests, the exploit will then request a malicious payload over JNDI through one of the services above from an attacker-controlled server. Successful exploitation could lead to RCE.

In the case of Minecraft, users were able to exploit this vulnerability by sending a specially crafted message through Minecraft chat.

There are now reports that this vulnerability is being used to implant cryptocurrency miners.

this log4shell payload is... a coin miner

the vulnerability has arrived pic.twitter.com/XUR7I5ydpP

The first PoC for CVE-2021-44228 was released on December 9 prior to its CVE identifier being assigned. At the time this blog post was published, there were additional PoCs available on GitHub. 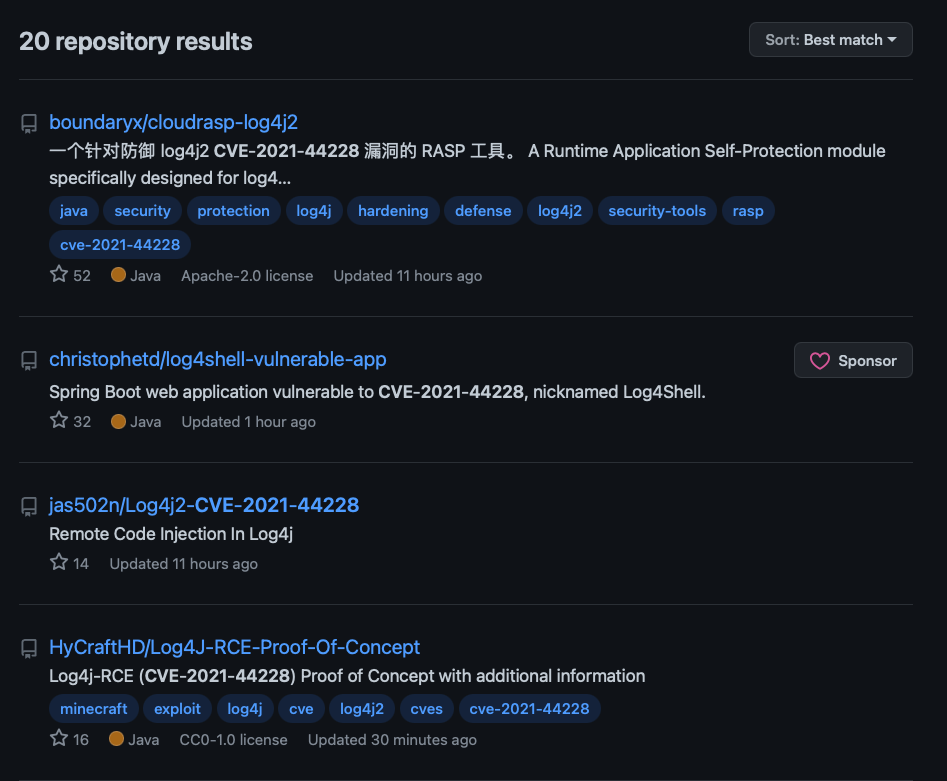 While Apache published a release candidate on December 6 to address this vulnerability, it was incomplete. Apache released 2.15.0 on December 10.

Log4j 2.15.0 requires Java 8. Therefore, organizations that use Java 7 will need to upgrade before being able to update to the patched version of Log4j.

Apache advises that if patching is not immediately possible, there are mitigation routes that can be taken to thwart attempts to exploit this vulnerability. As the information from Apache continues to be updated, we recommend referring to their guidance here.

Because Log4j is included in a number of web applications and used by a variety of cloud services, the full scope of this vulnerability won’t be known for some time. However, at the time this blog post was published, some products and services that were confirmed to be vulnerable include:

A GitHub repository is being maintained that highlights the attack surface of this vulnerability.

A list of Tenable plugins to identify this vulnerability will appear here as they’re released. Additionally, we would like to highlight the following plugins (available in plugin set 202112112213 and later) :

For an overview of callbacks in Plugin IDs 156014 and 155998, please visit this post on the Tenable community.

Additionally, a comprehensive Tenable.io Web App Scanning (WAS) plugin has been released which can be used to test input fields that can be used to exploit Log4Shell.

For supporting information on each of the plugins above, please visit this post on the Tenable Community. 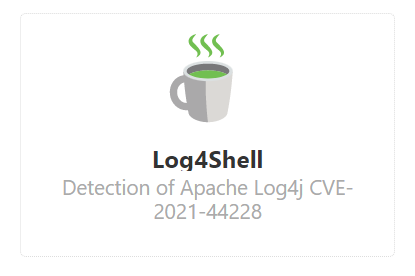 Tenable has released scan templates for Tenable.io, Tenable.sc and Nessus Professional which are pre-configured to allow quick scanning for this vulnerability. In addition, Tenable.io customers have a new dashboard and widgets in the widgets library. Tenable.sc users also have a new Log4Shell dashboard. To ensure your scanner has the latest available plugins, Tenable recommends manually updating your plugin set. Nessus users, including Tenable.io Nessus scanners, can use the following Nessus CLI command:

For more information on using nessuscli, please refer to this article.

Tenable.sc users can manually update plugins using the [Update] links in the Plugins/Feed Configuration UI as shown in the following screenshot 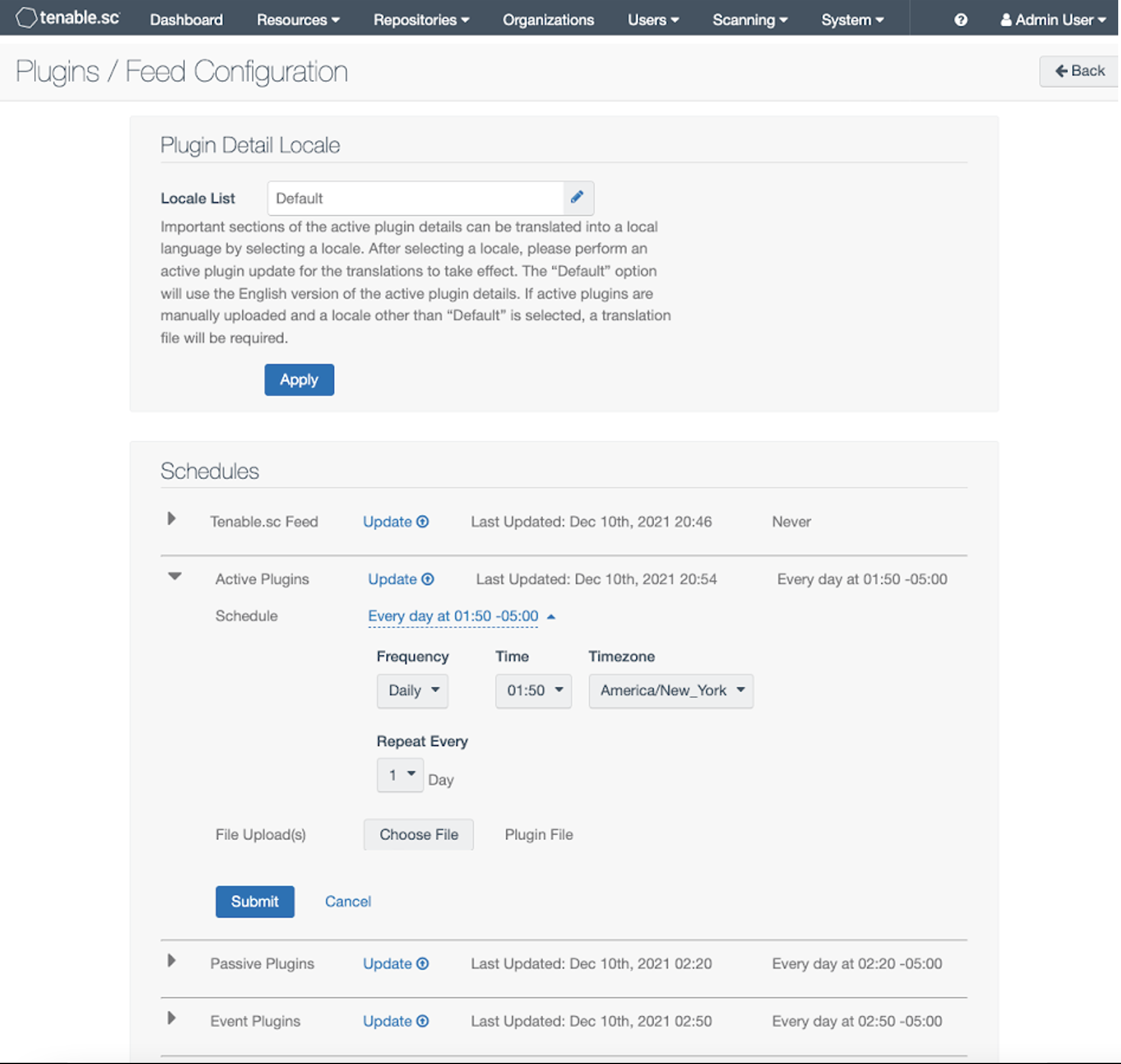 Organizations that don’t currently have a Tenable product can sign up for a free trial of Nessus Professional to scan for this vulnerability.

OpenSSL has patched two vulnerabilities, pivoting from its earlier announcement, in version 3.0.7.

Oracle addresses 179 CVEs in its fourth and final quarterly update of 2022 with 370 patches, including 56 critical updates.

OpenSSL has patched two vulnerabilities, pivoting from its earlier announcement, in version 3.0.7.